Unless you’ve been down in your basement binge-watching The Social Dilemma, you’re familiar with Greta Thunberg. She’s the fearless Swedish teenager who launched the global student movement against climate change in 2018 by first spending every Friday skipping school and sitting alone outside the parliament building in Stockholm with a sign that read, “School Strike for Climate” in Swedish.

Eventually, people caught on to her message, which led to mass student strikes and marches, Greta’s rise as a major figure in climate activism, her crossing the Atlantic in a solar-powered sailboat (because of its low carbon footprint), and delivering her now-famous “How dare you” speech to a UN climate summit in New York, complete with the stink-eye to end all stink-eyes.

When we developed the concept of our book Rare Breed, A Guide to Success for the Defiant, Dangerous, and Different, to describe defiant, dangerous people whose eccentric, troublesome qualities are their greatest assets, we had Greta in mind. Not her specifically, but men and women who, by virtue of their refusal to fit in or play nicely, leave big footprints in the global sandbox. But seeing this audacious, unapologetic young woman stare down world leaders and change the conversation on her own, by virtue of nothing more than her passion and determination, made us realize something:

The idea of what makes a leader is changing, perhaps forever.

Now, Leadership Can Be Taken

For centuries, leaders typically rose through the ranks based on their education, accomplishments, and social position. That’s not just true for the corporate world, either; revolutionaries from Jefferson and James Madison to Robespierre and even Ernesto “Che” Guevara were members of the well-educated elite (Che earned a medical degree before becoming a Marxist). The trouble with that paradigm is that it restricts leadership opportunities mostly to men, and generally to white, straight men of means and influence. That’s certainly true in the hierarchical corporate world, where having a Harvard MBA and being part of the right family might not guarantee you the CEO’s job but gives you a fighting chance at the C-suite and your own card key to the executive gym.

Until recently, if you wanted to lead a corporation or a movement, you had to be born lucky, play by the rules, be charismatic, get good grades, shake hands and smile, and be smooth on camera. In other words, you had to be well-packaged.

Then came the Millennials, Generation Z, and the Internet in all its forms. Suddenly, to have a platform all you needed was a Twitter account, a webcam, a YouTube channel, and a message. What was in the package started to matter more than the wrapping. The world was flooded with smart, inspired voices of all races, gender identifications, and spiritual beliefs, and because they didn’t know any better, these young visionaries launched companies, invented technologies, and created movements like #MeToo.

In 2020, the under-35s have rewritten the bylaws of the leadership club. Shallow promises are out; authenticity is in.

An Ivy League pedigree matters less than getting your hands dirty and challenging conventional wisdom. Speed, mobility, and chutzpah outrank title and authority. Once upon a time, leadership was something you had to earn by checking all the boxes. Now, it’s something you can just show up and take by virtue of your ideas, ferocity, and resilience. Now, anyone can be a leader.

Greta is living proof of that. A few months ago, she was an anonymous Swedish schoolkid. Now she’s the face of a global crusade. That’s thrilling to us, disrupting and upsetting to some. But Greta and this new generation of leaders aren’t going anywhere, so you’d better get used to them and the rules they play by.
Rule #1: Rare Breed leaders go first. Today’s leaders aren’t concerned with optics, with one exception: they care very much what the people who look to them think. So they’re always the first ones to take a risk, cross the bridge, try a new product, or speak out. They would never ask a subordinate or supporter to do anything they haven’t already done themselves. They put their asses and reputations on the line before they expect anyone else to do the same. When no one was holding Parliament’s feet to the fire over climate change, Greta didn’t wait for permission. She acted, and her simple act inspired thousands and then millions of others to do the same. That’s how this works. We want to be inspired, and unambigious acts of courage inspire us.

Rule #2: Rare Breed leaders take the fire. Leaders also understand that being the one to speak out or challenge those in power means they’re going to catch hell. Just look at the furious, visceral response to Greta’s UN address to see how watching a young woman exert her power has triggered a cohort of insecure men. Social media exploded with masculine rage for reasons that defy explanation (“Someone’s asking leaders to save Earth’s ecosystem? The nerve!”). The backlash has included obscene messages written on vehicles, criticism of Greta’s appearance and mannerisms, and even an Iowa teacher who responded to a Facebook post about attending a climate rally where Greta would speak by writing, “I don’t have my sniper rifle.”

While we’re horrified by the blind, ignorant responses to Greta’s cause, we get it. Nobody likes to be called out, especially by someone they feel has no right to call them out. But get used to it. Remember, the only qualification to lead today is the will to step up and say what needs to be said. Clapping back with anger and threats of violence at people who speak uncomfortable truths is a waste of energy — especially when you need to hear those truths. Plus, we could all stand to be made a little uncomfortable. That’s how change happens.

Rule #3: Rare Breed leaders have fury in their hearts. Watch Greta’s UN speech and it’s obvious: she’s furious and afraid, and that’s what gives her words such unstoppable power. She’s expressing the fury and exasperation so many of us feel at corporations and governments that seem indifferent to our concerns. That emotion is her superpower. Real feeling, unfiltered and unharnessed by the ministrations of publicists and handlers, is rare because conventional thinking says, “Make everyone happy.” That’s not the ethos of Leader 2.0. Their mantra is, “Shake everyone to their core.” They’re not out to make friends, but to change hearts and minds.

If you’ve been hiding your emotions and passions for what you’re doing out of fear of repercussions, guess what? There’s no progress without repercussions, so why worry about them? Be who you are and express what you feel. Whatever you care about, care about it deeply and obviously and publicly, and who cares who you make uneasy?

Rule #4: Rare Breed leaders don’t posture. They act. Andrew Neumann, the recently deposed CEO of WeWork, was an example of what we consider posturing (we’re not going to get into his questionable business dealings right now). He was well-known for his private Gulfstream jet and his desire to be the first person in the world with a trillion-dollar net worth, a plutocratic aspiration that we find utterly douchetastic on the best of days. So it wasn’t terribly surprising when he was sent packing and WeWork canceled the IPO it had planned under his questionable leadership.

The point is, today’s Rare Breed leaders aren’t smooth. They don’t care about the trappings of wealth and power. They give TED talks because they have something to say, not because they want to impress the dudebros in the angel investor’s club. Instead, they do stuff: crowdfund, register people to vote, write manifestos, march, publish, and launch moonshots. They find windmills and instead of tilting at them, they attach ropes and pull them down with the help of a few thousand committed comrades. Rather than fret about press coverage, they go viral on Instagram and TikTok. They act and let the attention follow, not the other way around.

Rule #5: Rare Breed leaders walk the talk. Greta could have very easily flown to New York on a commercial aircraft, and while she would’ve caught some flak for taking such a carbon-spewing mode of transport, we would have gotten over it. But no. She knew that she was about to stick her head in the lion’s mouth, and to survive she had to take action that was consistent with her message. So she set sail from Plymouth, England, aboard a carbon-neutral sailboat, the Malizia II, and spent two weeks braving North Atlantic squalls to reach New York, where about 200 enthusiastic fans greeted her. It was a slow-moving arrival that nevertheless generated a lot more heat than if she’d stepped of an Airbus A-380.

That’s walking your talk. That’s being consistent with the values you express publicly. That’s what’s expected of today’s leaders. Empty gestures and bloodless sacrifices are things of the past.

What resonates with today’s generation is meaning, purpose — heart. If you’ve been acting as though half-measures were enough to make you the kind of leader you want to be…they’re not.

You have to be all-in. You have to live your values and build your brand around them. That’s what makes people follow you and fall in love with your company and message.

There’s hope, of course. Greta Thunberg remains unbowed despite the haters. Young Rare Breed leaders are shaking the pillars of heaven in sports, the arts, finance, technology, politics, you name it. Humor, one of the most potent weapons of this young generation, is being deployed, as in this hilarious phony PSA aimed at adults triggered by Greta. Like it or not, what makes a leader is changing, probably for good. 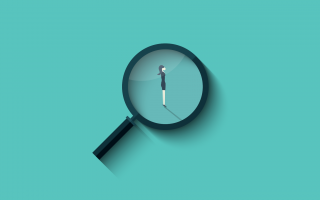 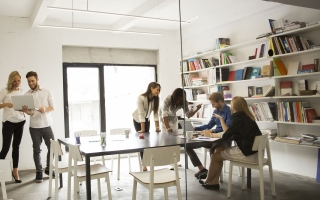 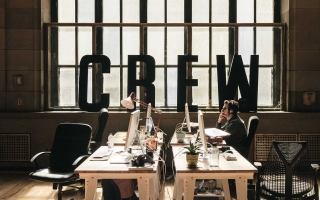 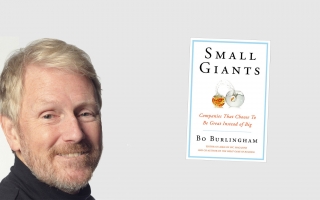 Previous Post (p) Is Your Brand the Rebel, Hero or Lover? Next Post (n) What to Do When Your Confidence, Passion, and Bold Ideas Get You Labeled “Difficult”