Over the years, I’ve met various types of leaders in my consulting work with Motto — from the wildly inspirational to the blatantly tyrannical. Sadly, the ones who equate having a leadership role to being a great leader often require copious amounts of coaching. It’s a hard lesson, but we follow leaders because we want to, not because we have to.

We are often brought in to help with a branding or strategic problem, and soon realize it’s a problem with the founder, CEO or leadership and their inability to influence their culture positively or act as a visionary leader at the helm. They often think with the wrong mindset, driven by the wrong things, and simply can’t grasp what it truly means to lead. There’s often a disconnect between what’s happening on the inside of the company and what’s being reflected on the outside. The common symptoms stem from being primarily sales-driven, don’t believe in marketing, can’t articulate their vision (or worse, don’t actually have one) or don’t value the brand deeply. Whatever the ailment, at that point in the business, the air is brewing with frustration, morale is down and the brand’s direction is faint and unrequited.

Almost 60% of employees advise that their company’s purpose is not clearly conveyed by their leaders.

The difference between a boss and leader begins at the heart of the organization. Bosses often say what should be done, but do not embody what should be done. Instead of infusing the organization with well-defined values, they opt for posters hung around the office with words like “integrity” and “quality”, in hopes that their employees will somehow be inspired to work harder. These types of leaders are often “out of the office” or often disconnected from the pulse of their own company.

Leaders take a much different approach. They believe in a profound sense of purpose and embody that purpose in all they do. They articulate their vision, values and authenticity through the company. They lead by example and leave uninspiring Powerpoints behind in exchange for an inspiring manifesto and building a culture that will thrive.

“A leaders vision manifests through the company’s culture and the commitment to build the brand starts at the top. Those that think of leadership as a position almost always ignore this truth.”

Many CEOs still don’t widely consider values-driven leadership to be a strategic driver of business, despite the proven success of many purpose-centric leaders like Scott Harrison of charity: water, David Hieatt of Hiut Denim, Howard Schultz of Starbucks, Phil Knight of Nike, and more. There is no denying that businesses with magnetic leaders who actually lead, not just boss people around, ignite change, impact customer perceptions and drastically affect the health of their businesses.

Some argue that leadership is instinctual, perhaps a gift. Others say it can be learned. Regardless of where you are in your business as a CEO, Partner, Leadership Director — there’s a few qualities that inspiring leaders seem to have:

What other qualities do you feel distinguish a leader from a boss?
Leave a comment and let me know! 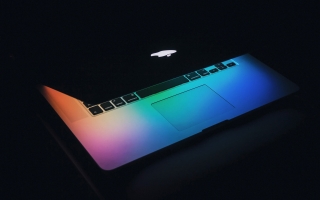 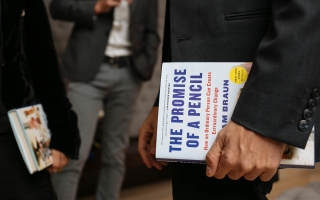