Leadership. It’s a word so far flung across the internet, its significance and meaning gets tossed around like a superfluous rag doll. At a moment when the word “leader” has become lionized to represent how many followers you have or how many chocolate bars you can sell, I wondered how I could reconnect the term to something deeper. So I chose to write about my father–the greatest example of leadership I’ve ever known.

My father, or “Boss Man” as he was lovingly called, was a coal miner’s son, a singer, a salesman, and a bootstrapped entrepreneur. He did not have fancy degrees, the latest technology, market research, funding or even a website; he was too busy trying to survive for any of the modern-day trappings of entrepreneurship.

What he did have was a natural ability to lead–an almost mythic presence that inspired devotion among clients and employees of his construction company, which he scaled from thirty-two dollars and a dream into a thriving multi-million dollar business with an impeccable reputation.

As an entrepreneur myself, I studied his virtues in awe: Charisma. Instinct. Obsession. Diplomacy. Wit. Humility. Strength. Courage. Grit. He was an exemplary study of leadership and could command a room in an instant. I would often think to myself, “How does he do that?” His virtues were plentiful and like a magical maestro of a great orchestra, he knew how and when to use them.

He was a rare breed and people loved him. His shadow long and achievements wide. He taught me that to be successful in business, you have to be a true leader — the kind of leader others want to follow — not because they have to, but because they want to.

My dad passed away three years ago and to this day, I cling to his wisdom, the style in which he led and the gift that was his life. His legacy lives on through the people he impacted and through the lessons he gave me and my family.

Here are a few of those lessons:

When my Dad was a scrawny, ambitious eighteen-year-old, he enlisted in the Army. He swiftly climbed the ranks and eventually landed in France as a special communications soldier.

One brisk evening, Johnny Cash and Patsy Cline were scheduled to perform for the soldiers in a USO show. A fellow soldier (the regular emcee) became ill at the last minute. A panicked Sergeant ran into the barracks and shouted “Can any of you shitheads sing?”

My dad, who had a beautiful voice, stood up and said yes. The Sergeant looked him up and down and yelled, “Get your ass ready Private Bonnell–you’re up in an hour.” He did such an incredible job that evening that not only did Johnny and Patsy ask him to sing on stage, but the USO hired him on the spot to become the main emcee.

Later, when he started his company with nothing, I watched him consistently push past fear of the unfamiliar to accept challenges and jobs outside of his expertise. He said yes to almost everything, and then used every resource at his disposal to get it done and do it well. When you leap before you’re ready and pour your heart into it, doors open.

2. Possessions do not equal worth

Long before Jobs and Zuckerberg made wearing the same thing everyday cool, my dad understood the importance of keeping it simple. He had one signature look that became symbolic of his personal brand: blue jeans, a white t-shirt or sweatshirt, a ball cap with his company’s logo, a brown belt and brown work boots. He drove the same white truck for 20 years — a 1990 Chevy that he paid cash for when he got his first big job.

Even when he could afford anything he wanted, he chose not to spend money on possessions that would distinguish him from the men who worked for him. “They will see me as too far above them instead of on their level” he would tell me when I would joke about trading the old clunker in to buy a new truck. Then, with a wink and a smile, he would say, “A CEO can drive a Mercedes all day long, but that doesn’t make them important.”

My dad was a self made man who was humble and relatable, which made who he was so refreshing and respectable. In life, we’re all too eager to assume money equals power. Don’t let your ego blind you to what’s important — money can’t buy character.

My dad strongly believed in treating his employees as family. In some cases, he was the only family or father figure his employees had. He had an open-door policy and made it his purpose to make a difference in their personal lives.

My dad would give advice on balancing checkbooks, scheduling bills, child custody issues, divorce, education and relationships. Every year, two days before Thanksgiving, he would gather all his employees and give each one a 20 pound turkey. A small gesture, but it ensured his employee’s families had food on their Thanksgiving table.

Several of his employees worked for my dad their whole lives, starting out carrying buckets when they were fifteen and continuing to work for him as adults, even when it meant driving two hours to and from work each way. As a leadership and brand consultant that works with companies all around the globe, I have never seen anything quite like the devotion those men had for my father.

In a high turnover industry like construction, his steady and loyal workforce was highly unusual and a huge factor in his success. At the end of the day, a great leader values people over profit and creates a circle of safety for those that work for them.

Every year, my dad invited a small group of people to the “Bonnell Classic,” a golf tournament he hosted in Hilton Head, SC. It was a time for my Dad to say thank you to the friends, business associates, and partners who had stuck with him and helped him over the years, especially when he was struggling financially to get his operation up and running.

Each person he invited had done something for my Dad, no matter how small, that helped pave the way to his success. He paid everyone’s tab — from course fees to lodging and food — because he wanted to show gratitude to the people who had believed in him.

Studies show that gratitude reshapes neural pathways and creates greater optimism. It’s a way to pay it forward and give thanks to those who have mentored you, given you a kind word of advice, or helped you grow your company. So, pick up the phone, send a note, take someone to lunch — give thanks to the people who have helped shape who you are and the person you’ve become. 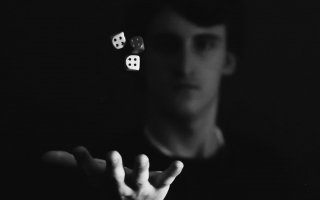 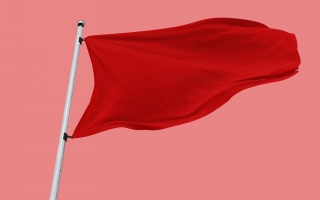 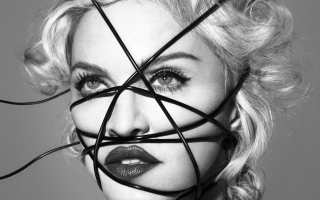 Next Post (n) Is Your Frantic Behavior Sinking Your Startup?